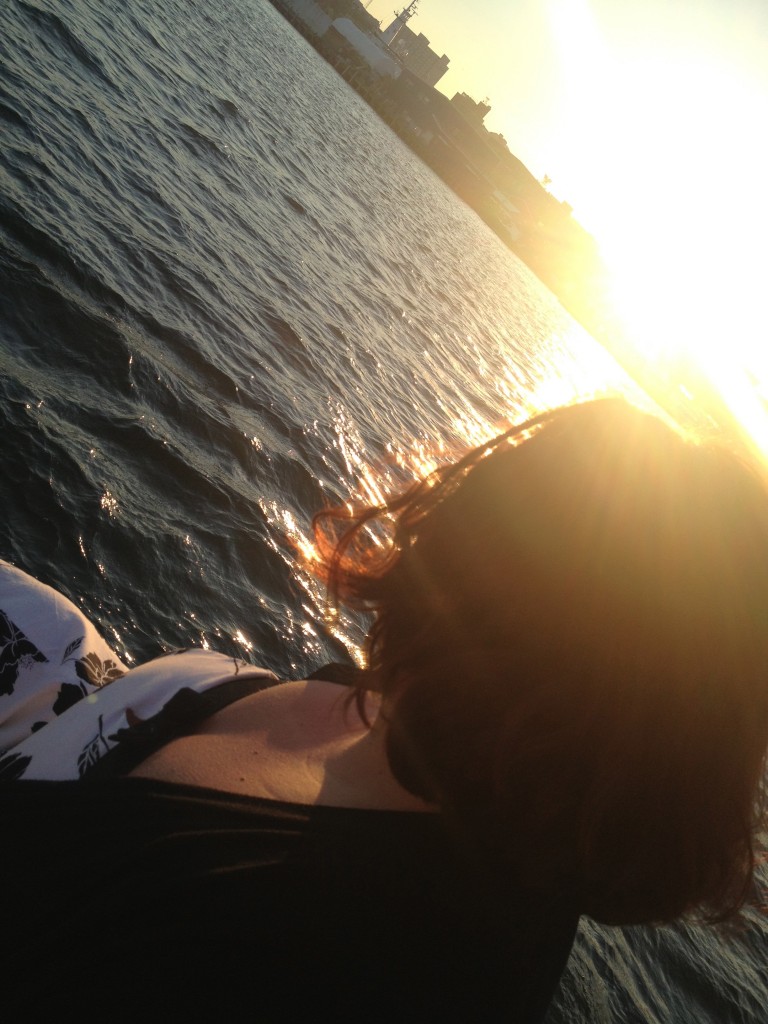 This isn’t news to most of you; I’ve been “out” about my depression for a couple of years now, and have very little conscious shame or self-inflicted stigma around it. This post isn’t about what depression is, or how hard it is to live with an “invisible disease,” or to ask for support, patience, or any other thing someone in a depressive funk needs. Those posts are all necessary and vulnerable and I have read many of them and thanked the writers for their candor. But this isn’t that. This is me holding myself accountable for treating my depression like a real thing, something that is always there and requires that I acknowledge, respect, and care for it, even when I feel “fine.”

A couple of months ago, actually, it was probably a few months ago – long enough that I can’t remember, at any rate – I stopped taking my antidepressant. It wasn’t a conscious choice, not a defiant bout of med non-compliance or because I felt it was no longer helping. I just… forgot. I had been taking birth control pills and chantix, so it was easier to remember that I had to take three pills each morning than the one that was left after I switched to the shot and finished the chantix. The weather was getting warmer, the hard things in my life were starting to resolve or even out, I was still making it to work and paying the bills and doing my sister-mom duties of feeding and housing and watching Doctor Who with Joshua. Plus, I’d first taken Wellbutrin as a quit-smoking aid, and happened to notice the difference in life in general, so I decided to keep at it, but it hadn’t been prescribed for depression, so no harm in going off, right? When I realized it had been several days, it seemed like it’d be okay for me to let it go for a while; after all, I have situational depression, so if there’s no situation… why the meds?

Well, here’s why. Because situations happen. And they don’t come with warning pop-ups on your iPhone or a “save the date” in the mail. And sometimes, the situation is as innocuous as the changing of the seasons. Around this time every year, Richard addresses the importance of preparing my body and mind for shortening days, for the time change in October, for the upcoming stretch of the year that is historically difficult for my mother, and thus for me. I’m currently only seeing Rich monthly or less frequently, and I’d told him last month that I had been off my Wellbutrin for a while, and he let it go. Last week, he asked me about it again, and when I said I felt “fine,” he said something that I don’t think he knew would hit the nerve it did, but boy did it set me back on my heels, emotionally. I acknowledged that he was right, I did sound like someone with bipolar disorder who had decided that they know better than their doctor about how they should be medicated – I know this because I have had this conversation with someone with bipolar who is being med non-compliant on purpose, and it was frustrating as hell. Richard then made it my homework to find or refill my prescription and get back on my meds (as well as vitamin D and fish oil supplements) if I didn’t have a reason not to be on them, because before I knew it, winter would be here. So, I did. And three days later, I sent an email that started with, “Thank you, Rich; you were right, Rich.” Because I went from feeling “fine” to feeling present. Capable. Aware. GOOD. I could see what I had allowed to happen around me, from my personal space at home to my social life to my blog. You name it, it was “fine,” but not good. Not by a long shot.

So now, I’m slowly climbing out of that. I wasn’t in the depths of a depressive episode, or whatever whoever wants to call it. I wasn’t actively in a bad place – I was holding steady. But at a lower level of functionality and engagement in my life than I am capable of, or want for myself. And now I have accountability femmes who will check in with me if they sense a shift in me, because they will, and ask if I’m on my meds, and I won’t feel defensive or be flippant or lie or feel shame. I will check myself, and either say, “Oops, I did forget and then quit them for a while; will fix,” or, “Yeah, taking them but I’m PMS and an emo train wreck because depo effs with me” and they’ll post silly shit on my facebook timeline or bring me chocolate and snuggles.

So, I keep thinking about those ads for depression treatment that say, “I have depression – depression doesn’t have me.” Those ads didn’t bother me until I came to terms with my depression. And I actually just had to re-write the sentence I had typed because, as I was typing it, I realized why the ads bother me now. Because depression does have me – when I don’t treat it. It has me fooled. Fooled into little things like, it’s been rainy for a few days, that’s why I want to read emails and look at photos from a zillion years ago and hyper-focus on a situation that hasn’t been relevant to my life for some time. And also bigger things like, I’m not good enough to be a part of this thing that’s really important to me, so I’m going to self-sabotage and be in control of getting “out,” rather than do my best and still be out. This is what depression does to me when I’m “fine” – it insinuates itself into my daily rites and rituals, and turns them against me in very subtle ways. Yes, it is lovely to spend time reading each evening, Depression – but when that comes at the expense of doing laundry or dishes or giving the bathroom a once-over with cleanser and a rag, every night for a month… That’s problematic.

The initial burst of inertia that comes with going from barely functioning to keeping up doesn’t stay forever. But it’s in full effect right now. So I’m going with it. And once things even out – on this higher plane of living, this place where I am truly present and pay attention to myself and my environment – I hope that, this time, I will remember part of what I texted to a new and dear-to-me friend when I was talking about why I hadn’t written this post yet: “I need this medication, and that is okay.”