It has been way too long since I’ve been able to type that subject line! I know it probably starts to sound like bragging after a while, but I am in awe of the fact that I have made significant enough changes that not seeing Richard for a month or more doesn’t leave me halfway through updating him on the chaos of my life when my time is up. Hell, earlier this year, I had that problem during weekly sessions!  It mostly comes down to what we agreed are the healthy relationships I’ve chosen to engage in and give my energy to, and the boundaries I’m learning to set in those places where anxiety lurks and The Crazy is prepared to strike at any moment. It doesn’t hurt that it’s been my favorite season and I’ve spent a lot of time camping, on the beach, reading, and in general enjoying the things that make me happiest.

I was also able to report on the busy bee day I had, investigating and applying for various programs that will help with the tough financial situation while I’m transitioning between jobs and also perhaps make it possible for me to go back to school. One of the jobs I’ve applied to is at SMCC, and one of the benefits is free tuition in the Maine Community College System for me and my immediate family. This would be WHOA HUGELY AWESOME, not to mention that I really think I would love working in that setting. Wish me luck!

Though fall is a season I typically resent primarily for its task of ushering in winter, I’m excited for some fun things coming up – for her birthday, I’m taking Erika to see Cirque du Soleil’s “Saltimbanco,” one of the longest-running touring shows, in Cirque’s first ever Maine appearance. Richard asked if I’d ever been, which I’ve not, and he assured me I will be blown away and greatly appreciate the artistry as well as the acrobatics. I am super looking forward to it, and only wish I could afford to go to more than one show! I’m also hoping to go apple-picking with The Guardian Angel of Femmes™ sometime soon, as I’ve never been and apparently that is some sort of Maine resident faux pas. I don’t personally like apples much, but Joshua does, and I love baking pretty much anything, which will put many apples to good use. I’ve also finally scheduled a long-overdue photo shoot with a darling femme with a stellar eye for portraiture, which will happen this coming Sunday. I’m nervous about it, as I’m really not thrilled with having my photo taken in general, but I’ve seen her work and have every confidence that she will do a fantastic job with what she has to work with. Saturday will be devoted to collecting clothing, makeup, and props – fun!

I think that’s about all the news that’s fit to print – I’m off to enjoy my last few days off freedom before beginning a new temp assignment on Monday. I hope you all have delightful weekends! 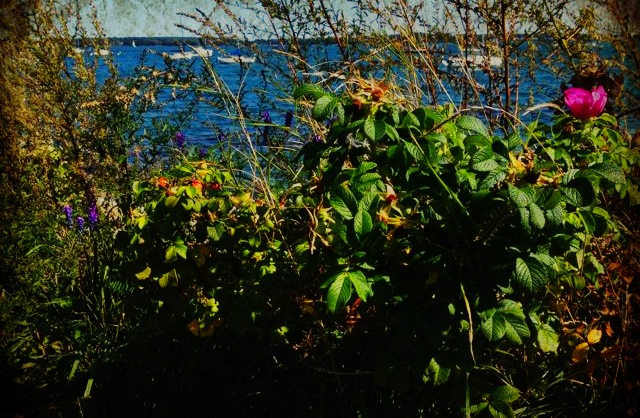