…you gutter-brains, get up here to grownup-world; not *that* kind.

The kind full of the past. The kind that, if we’re honest with ourselves, could probably accurately be called Baggage. I opened one of mine tonight. I say “one of,” though I honestly don’t know if I have another – this one was marked as “pre-R,” and hasn’t been opened since I left San Francisco. The relationship with R was one I was comfortable letting go of after Round Two, so little remains of it, if anything – what might still be in my possession from that one is by oversight.

I opened this box to make room for the things I need to put away from more recent times. Yesterday, I was in a mild frenzy, collecting the items throughout my home that I’d allowed to hold space despite my outward intention to take that space back, to hold it myself. It wasn’t until I started really looking that I realized how much there was. The pile sits on my bed, waiting to be discarded or stowed away in a corner of my closet until I’m ready to relieve it of its power entirely.

I thought this would be harder. I thought it would hurt more. I thought I would be overcome and make the wrong choice again. This is why I’ve put it off. But maybe I chose to do this at just the right time, or maybe it would have been okay a week or a month ago. I can’t know, and it’s really not that important. What matters is that, for whatever reason, moving forward is easier this time than it has been in the past, despite the depth of emotion, despite the memories attached to each physical item. What matters is that I realize that I am growing up. Even if not enough to avoid a “box” comment/joke/snicker when it is just too easy.

And the fact that I can do it when I’m saying goodbye to a chapter of my life I thought I was only saying “see you later” to, well… I guess that’s the biggest deal of all. 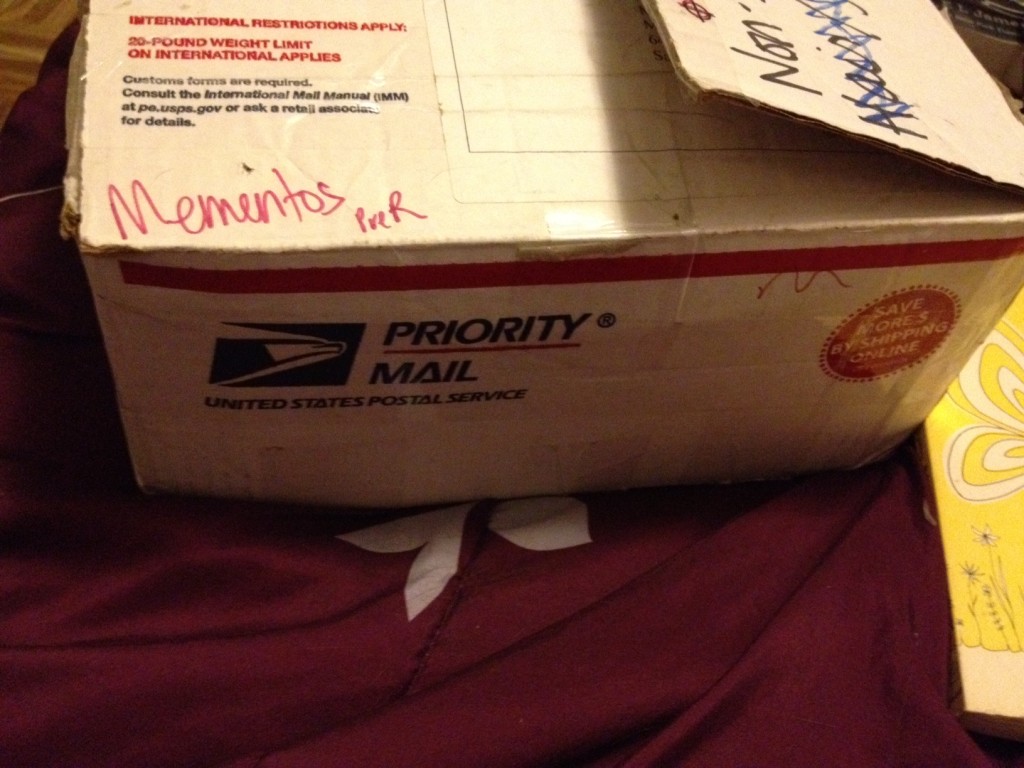